NEWPORT, United Kingdom – SPTS Technologies announces that Kevin Crofton has been promoted to President along with his current position of Chief Operating Officer (COO), effective immediately. Kevin has over 25 years of senior management experience in the industry and has been instrumental in the formation and growth of SPTS, serving as Executive VP and most recently COO. 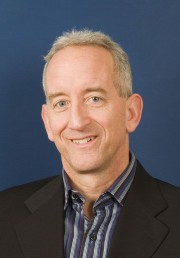 "This change is in recognition of Kevin’s contributions to SPTS since the formation of the company in 2009, and his stellar performance in managing the sales & service, product lines and factory operations”, stated William Johnson, CEO. “During his tenure as COO, SPTS has improved customer satisfaction metrics, delivered operational excellence in the factories, and gained customers and market share each year. The Board and I are pleased to confirm the new title for Kevin.”
Company Contact: